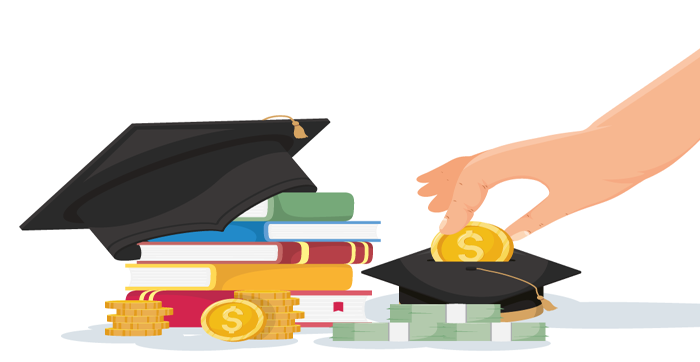 CIRA’s expansion plan should reflect in the number of registered students growing at a 2022–29e CAGR of c13%, on our numbers: The company’s Badr University in Assuit (BUA) should start operations next September with six to seven science-focused faculties including physical therapy, nursing, dentistry, and biotechnology. The company plans to add two new faculties annually to reach 16 faculties by 2028e with a total capacity of 24,000 students. The company plans to start the operations of its Cairo Saxony University for Applied Sciences and Technologies (CSU) in 2024e with some four cohorts and add two annually to reach a total of 16 faculties by 2030e, with a total capacity of 32,000 students. CSU will be established under a joint venture between CIRA and Al Ahly Capital, named Al Ahly CIRA for Educational Services, in which CIRA owns 51%. CIRA will own 60% of CSU and Al Ahly Capital 40%. The company also expects to start the operations of its New Damietta university in 2025e with some four faculties and will add two annually to reach 16 faculties by 2031e with a total capacity of 24,000 students. The New Damietta university will be established under a joint venture between CIRA and El Sewedy Capital Holding, named Cairo Egypt for Education (CEE), where CIRA will own 60% of the university and El Sewedy Capital will own 40%. The company plans to increase its higher-education capacity from 25,000 students in Badr University in Cairo (BUC) in 2022 to 105,000 students in all of its universities by 2031e. We, accordingly, incorporate all universities’ expansions and account for the recent change in the university admission system by the Ministry of Higher Education. In the academic year 2020/21, the Egyptian secondary examination system was renovated, leading to a 20 pp decline in average students’ grades. The minimum grades for acceptance into private universities were not adjusted proportionally, leading to a lower number of students’ eligibility for enrollment and hence less utilization of the available seats. As a corrective action, the Supreme Council of Private Universities (SCPU) recently decided to revert to the pre-2020/2021 direct enrollment system, allowing students to apply to universities through their websites. The SCPU has also agreed to adjust the minimum grading for all faculties after the release of secondary-school grades. For K–12. The company currently owns 27 schools, 16 under the Futures brand, serving lower-middle-income families. Two schools under the British Columbia Canadian International School (BCCIS) and one under Saxony International School (SIS) are geared towards the higher-income segment, with the rest of the schools in between. In November 2021, CIRA signed a partnership with The Sovereign Fund of Egypt (TSFE) to provide high-quality, affordable education to all segments and governorates in Egypt. The partnership involves launching two new schools in the Cosmic Village with an investment cost of EGP350m, and plans to start the operations of the first one in 2024e. The company plans to add one new school annually over our 2023–29e forecast period to reach 36 schools with a total capacity of 49,000 students. The Egyptian government’s public-private partnership (PPP) program provides an upside risk to our numbers as the government is offering some 57 schools, of which the company is bidding for 12 schools. The program is under a build, own, operate, and transfer (BOOT) scheme, where the government will offer the land, while the winning company will build and operate the schools for 30 years, after which the ownership will be transferred to the government and the company will be awarded a management contract. The average annual tuition fees for these schools will approximately be EGP18,000/year, fitting well with CIRA’s Future schools brand average annual tuition fees of around EGP14,000–15,000 per student. CIRA’s management believes the program will give them access to highly scarce land in Egypt’s Delta region.

We expect revenue to grow at a 2022–-29e CAGR of c25% with an average EBITDA margin of c47%: We largely maintain our K–12 revenue estimates over our forecast period but downward revise our 2022e revenue estimates by c9% as the Futures brand continues to be the main contributor to K–12 tuition revenue (c61%) as opposed to our earlier assumption of a more pronounced shift towards the high-end brands. For higher-education, we downward revise our 2022–25e revenue estimates by c9% due to a one-year delay in opening BUA in addition to lower-than-expected student registration in BUC as a result of the applied registration process, which took place in the 2020/2021 academic year. Over 2028–31e, we raise our higher-education revenue estimates by c8% to capture revenue from the New Damietta university. Based on our numbers, the K–12 and higher-education expansions imply revenue growing at a 2022–29e CAGR of c25%. We expect rising costs to reflect in K–12 OPEX 8-year CAGR of c14%, with an average EBITDA margin of c28%, down from our earlier estimate of c32%. For higher-education, we expect OPEX to increase at 2022–29e CAGR of c33%, reflecting the launch of BUA in 2023e, CSU in 2024e, and New Damietta university in 2025e. We note that universities will break-even in the third year of operations and start making profits in the fourth year. We accordingly expect the higher-education EBITDA margin to decline from c67% in 2021 to an average of c58% over our forecast period, largely unchanged from our previous estimate of c59%.