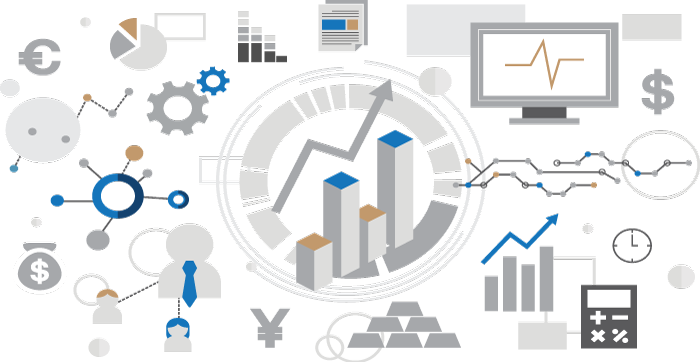 Head of macro and financials at HC, Monette Doss commented: “We see tourism and government spending as the main GDP growth drivers in FY21/22e, which we estimate at 5.4%. We expect building up inflationary pressures to lead to moderate EGP depreciation and a possible 100-150 bps rate hike in 2022: According to official announcements, tourism receipts recovered to pre-COVID-19 levels during 2021 implying a 5.50x y-o-y growth in 1H21/22 to USD9.83bn. We accordingly believe that tourism was the major contributor to 1Q21/22 GDP growth of 9.80% y-o-y due to favorable base effect. On another front, government investments increased c14% y-o-y in FY20/21 to EGP560bn to constitute c74% of total investments, up from c62% a year earlier. Private investments showed broad-based recovery in 4Q20/21, growing by 14.0x y-o-y to EGP66.3bn, just below its pre-COVID-19 level of EGP68.4bn in 4Q18/19. We believe that government megaprojects mostly backed private investments in 4Q20/21. Going forward, we expect the government to remain focused on developing Egypt’s physical and human capital, with the Egyptian Village development project being at its core focus currently. To acquire the necessary funding from different international organizations, we expect the government to also focus on Environmental, Social, and Governance (ESG) projects while seeking further private sector engagement, as evidenced by The Sovereign Fund of Egypt’s (TSFE) investment mandate. As such, we expect more investments with higher private sector participation in water desalination, agritech, fintech, and green manufacturing. Our estimates filter through to a GDP growth of 5.4% in FY21/22e, up from 3.3% a year earlier. In 2022e, we expect inflation to increase 2 pp y-o-y to 7.2%, reflecting high global inflation, global supply bottlenecks, rising gasoline prices and the possibility of further reduction of local food subsidies. Applying a real effective exchange rate model, we expect the EGP to show an average annual depreciation of c3% over the next two years. Despite inflation being in line with the Central Bank of Egypt’s (CBE) target range and Egypt offering high real interest rates, we expect the CBE to hike policy rates by 100-150 bps in 2022 to support the EGP considering Egypt’s high foreign funding needs.”

“Current account deficit to narrow while debt repayment schedule necessitates seeking additional external funding in 2H21/22e, in our view: Egypt’s trade deficit increased from 10.0% of GDP in FY19/20 to 10.4% in FY20/21, as non-oil imports outpaced exports growth. On our calculations, we expect Egypt’s trade deficit to slightly increase to 10.5% of GDP in FY21/22e and to narrow to 10.0% in the following year as we account for higher prices of raw material imports, higher imports of intermediate and investment goods on higher expected economic activity. We expect Egypt’s tourism receipts to increase 2.19x y-o-y in FY21/22 and worker remittances to maintain momentum on growing Gulf economies. Hence, we expect Egypt’s current account deficit to narrow from 4.6% of GDP in FY20/21 to 3.6% in FY21/22e and 2.8% in FY22/23. In FY21/22e, Egypt is due to repay some short-term external debt of USD13.8bn, long-term external debt of USD15.7bn, and maturing deposits to gulf countries of USD11.3bn that we expect to be rolled over. We believe that the banking sector, mainly public banks, financed the bulk of Egypt’s short-term external debt repayment during 1H21/22 worth USD7.92bn in addition to funding foreign portfolio outflows from government T-bills of USD3.40bn during October and November. This resulted in the banking sector (excluding the CBE) reversing from a net foreign asset (NFA) position of USD1.73bn in June to a net foreign liability (NFL) position of USD10.0bn in December. We believe that by December 2021, the government had already secured USD10.0bn of the external funding necessary for FY21/22e. To satisfy its obligations while maintaining net international reserves (NIR) stable in 2H21/22e, we expect the government to seek additional external funding worth USD15.5bn. On our calculations, the government’s external debt should reach c26% of GDP in FY21/22e and c24% in FY22/23e. At these levels, public debt held by non-residents would exceed the IMF’s lower early-warning threshold of 15%; however, it remains below its upper early warning benchmark of 45%. Also, our estimates for external funding needs for FY21/22e and FY22/23e represent c7% of GDP and c4%, respectively. Accordingly, we expect Egypt’s external financing requirements to be just above the IMF’s lower early warning threshold of 5% of GDP in FY21/22e and drop below it in FY22/23e.” Added Doss

“We expect the budget deficit to slightly widen to 7.5% of GDP in FY21/22e, with the banking sector financing the bulk of the deficit: We expect government revenue to increase c10% y-o-y capped by slow business activity. On the other hand, we expect government spending to increase c11% y-o-y to EGP1.75trn in FY21/22e, assuming a stable effective interest on total domestic debt at c12%. Hence, we expect the debt service cost to increase c11% y-o-y in FY21/22e to EGP644bn (c37% of total government spending) and c10% y-o-y in FY22/23e to EGP701bn (c36% of total government spending). Recent official announcements suggested that the government will contain its subsidy bill through a few possible approaches. In this regard, the government increased the selling price of subsidized edible oil by c19% in October 2021, increased the price of subsidized sugar by c24% in December 2021, announced in December 2021 that newly married men will not be entitled to family ration cards, and has put a ceiling in October 2021 on the quantities of subsidized allowance per beneficiary. We expect these measures to offset the increase in rising commodity prices partially. Accordingly, we estimate an increase in subsidies and social benefits of c6% annually over the next two years to EGP281bn in FY21/22e and EGP300bn in FY22/23e. On our numbers, the government’s budget deficit should slightly widen from 7.4% of GDP in FY20/21 to 7.5% in FY21/22e and decline to 6.4% of GDP in the year after. We believe that Egypt’s banking sector can finance up to c51% of the government budget deficit over the next two years without experiencing a significant tightening in interbank liquidity. We expect the government’s net domestic debt to decline from c82% of GDP in FY20/21e to c80% in FY21/22e and c77% in FY22/23e.” Monette Doss concluded 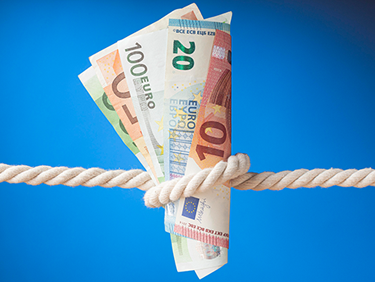