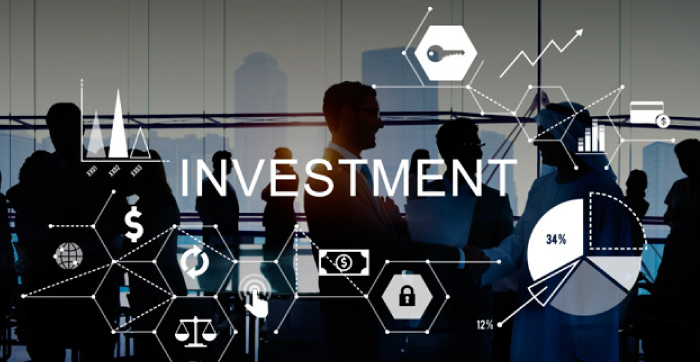 HC Securities and Investment assured that reforms are starting to bear fruit, but at the expense of a higher short term debt burden. Last year, the Egyptian government adopted tight monetary and fiscal policies, and managed to restore its net international reserves (NIR) to pre-2011 levels.

Chief Economist at HC, Sara Saada, stated that, “we believe this move was vital to kick starting the economy and providing a more favorable outlook. The International Monetary Fund (IMF) published its 2017 Article IV consultation and second program review under the USD12bn Extended Fund Facility (EFF), and referred to Egypt’s economic outlook as “favorable,” provided a cautious easing cycle and more inclusive growth”

“Egypt has managed to achieve a number of targets, including lowering inflation and increasing NIR, but this has come at the price of higher debt.”
“While we believe the current high level of local debt (97% of GDP) is a burden to the fiscal budget, we are confident that with its commitments to the reform program, fiscal consolidation plan, and our expectation of accelerating GDP growth, local debt-to-GDP should gradually drop.” According to Sara.
“However, the rise in external debt to USD100bn in January from USD67bn in December 2016, according to the latest announced figures, is currently a major source of vulnerability to the Egyptian economy, in our view. Other external risks include the increase in global oil prices, which may jeopardize the balance between price stability and the government’s fiscal consolidation plan. Moreover, we believe private investment growth is key to more sustainable GDP growth, in line with the IMF report. With the ambition of more comprehensive growth, we expect a number of monetary and fiscal policy measures to be adopted by the government to stimulate private investment growth over the short term.” Said Chief Economist.”

Sara added that decelerating inflation suggests a strong case for easing cycle; we estimate 800 bps in total cuts throughout 2018–2019 – We expect annual inflation to continue decelerating to an average c13% in FY18/19e and c11% in FY19/20e, which, along with a largely stable FX rate in the short term, should further improve the investment climate in Egypt and stimulate growth. In our view, the Central Bank of Egypt’s (CBE) decision to cut interest rates by 100 bps in both February and March is quite a positive move, marking the start of an easing cycle. We expect the CBE to continue easing, though at a cautious pace as the government is not yet done with its fiscal consolidation plan, which poses inflationary risk over the short term. That said, we expect the easing cycle to be rational and take longer than the hiking cycle.
“Given the lagged effect of policy rate movements on inflation and the possible rise in monthly inflation ahead of Ramadan and the partial lifting of energy subsidies in July. We believe the CBE will not cut rates further in 2Q18 and 3Q18, and proceed with easing in 4Q18. That said, we do not see the easing cycle posing capital flight or currency devaluation risks given the strong reported external position figures” according to Sara.

Adding that, with the current account deficit fully covered by foreign direct investments in 1H17/18, a trend we anticipate will continue, and GDP growing 5.23% from 3.83% in the same period last year. These figures, in our view, should be further enhanced by a number of upcoming legislative reforms. Accordingly, we see real GDP growth at 5.3% in FY17/18e, before accelerating to 6.0% in FY18/19e and 6.2% in FY19/20e.

“The Fiscal consolidation measures on track, with our expectation of a primary surplus of 3.1% in FY19/20e”
On the fiscal front, Sarah said that we believe the government will continue to press ahead with its fiscal consolidation efforts, despite a short-term inflationary impact, as these reforms are crucial for long‐term price stability. The government has also adopted a comprehensive fiscal reform program, targeting a primary surplus of 1.8%–2.0% next fiscal year, largely in line with our expectations, with that figure set to rise to 3.1% in FY19/20e, on our numbers. This is largely on the back of our estimate of tax revenue-to-GDP, which we believe will rise to 14.2% in FY17/18e, 14.7% in FY18/19e, and to 15.2% in FY19/20e, from 13.3% last year. Expenses excluding interest expense should drop as a percentage of GDP to c18% this fiscal year, c17% next fiscal year, and c16% the year after, on our numbers, from c21% last fiscal year. Moreover, we expect the government’s planned 3-year partial asset sale program to positively influence the overall deficit over the short term, with the bulk of the asset sale to be realized in FY18/19e, in our view. We therefore expect an overall budget deficit-to-GDP of 10.1% in the current fiscal year, 8.4% in FY18/19e, and 7.1% in FY19/20e.