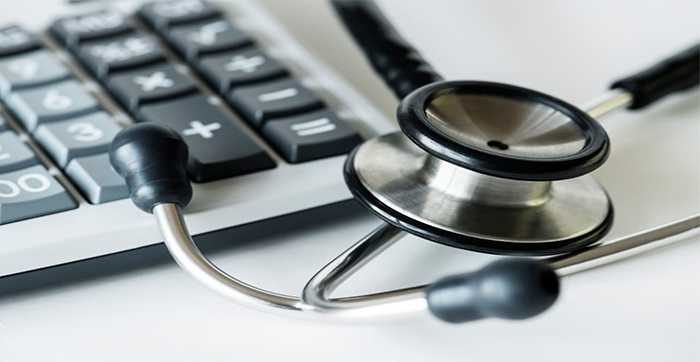 First updates were about Egypt’s external position, where: “Current pressure on Egypt’s external position could be offset in the short-run through banking sector external credit, in our view: We update our FY19/20e external account figures in light of the coronavirus outbreak and its negative effect on tourism receipts, worker remittances and net foreign portfolio investments. Our underlying assumption, for now, is that the coronavirus could be contained by June. Factoring this in our balance of payment figures, we assume almost no tourism revenue during March, excluding the first week of the month, and we slash it by c60% y-o-y in 4Q19/20e. This would result in c16% y-o-y decline in tourism receipts to USD10.6bn in FY19/20e, c21% lower than our previous estimate of USD13.4bn.”

Economist and banking analyst at HC, Monette Doss said: “Current international oil prices could adversely impact Egypt’s oil trade balance given the country’s plan to become a net exporter of oil, as opposed to a net importer as it has been for the past 6 years. Adjusting Egypt’s oil trade balance for last week’s average Brent price of USD27/bbl, resulted in an oil trade deficit of USD0.96bn for FY19/20e, compared to our previous expectation of a breakeven. With most of Egypt’s foreign direct investments (FDIs) concentrated in the oil and gas sector, and despite newly awarded concessions, we believe that FDIs could decline by c7% y-o-y in 2H19/20e to USD3.8bn, c23% below our previous estimate of USD4.9bn. Prolonged lockdown periods and depressed international trade activity could result, however, in significant import savings that could also come around. That said, we believe the trade balance deficit could narrow to USD31.5bn in FY19/20e from our previous estimate of USD35.8bn.”

“As for worker remittances, we assume a c10% y-o-y drop in 2H19/20e, comparable to the average c8% drop that took place during FY08/09 due to the global financial crisis and the c13% drop in FY15/16 amid doubts over a weakening EGP. This would result in remittances inching up to USD25.1bn in FY19/20e, down c11% from our earlier estimate of EGP28.2bn, given that it grew by c15% in 1H19/20. The assumptions under this scenario would result in a current account deficit of USD10.5bn in FY19/20e, higher than our previous estimate of USD8.2bn.

As for the GDP Growth, the report demonstrated HC Research’s expectations as follows: “GDP growth could come in at 4.7% in FY19/20e significantly lower than our initial 5.9% estimate on low consumer and investor confidence, as well as sluggish tourism: The Central Bank of Egypt (CBE), together with the government, have undertaken a number of decisions to motivate private consumption and investment. The CBE has cut corridor rates by 300 bps in an unscheduled meeting on 16 March, higher than our expected 200 bps rate cut for 1H20. Along the same lines, it reduced the rate on initiatives offered to the industrial and tourism sectors, as well as beneficiaries of middle-income mortgage loans, to a declining 8% interest rate from a previous 10%.

Corporates, individuals and SMEs were also allowed a 6-month extension period for repaying their dues on lending, leasing and factoring facilities without paying any penalties. Limits on mobile payments and debit card transactions were also increased, while also allowing clients to transfer funds between banks free of charge, through mobile banking. Lastly, the CBE allocated EGP20bn to be invested in the Egyptian Exchange (EGX) to support stock market activity.

The government from its side, has allocated a stimulus package of EGP100bn to face the negative effects of the new coronavirus outbreak on the economy. Energy prices to the industrial sector were also reduced, where natural gas prices decreased to USD4.5/mmBtu, and electricity tariffs for medium, high and ultra-high voltage users were decreased by EGP0.10/KWh. The Ministry of Planning is also working on formulating an EGP30bn incentive package to stimulate the industrial sector and other sectors negatively affected by the current situation.

Other measures, that we believe are part of the EGP100bn incentive package, include increasing the monthly allowance allocated for women in rural areas to EGP900 from EGP350, adding 60,000 families to the government’s social welfare program, initiating a program to support seasonal workers and increasing public salaries and pension allowances.”

“We however, believe that prolonged lockdown periods and global uncertainty could outweigh these measures resulting in investments declining by c20% y-o-y in 2H19/20e which is confirmed by official investment estimates for FY19/20e at EGP960bn (implying total investments of EGP400bn in 2H19/20e). Moreover, despite corridor rate cuts, public banks maintained rates on their fixed certificates of deposit (CDs), while the National Bank of Egypt (NBE) and Banque Misr introduced 1-year 15% CDs. Possible flight of funds from private banks and possible arbitrage opportunities could be the main reason why Commercial International Bank (COMI EY, Overweight, TP EGP115/share) raised its interest rate on its 3-year CDs by 2.00%–2.50%. If all private banks follow suit by raising interest on deposits and loans, the positive effect of the 300 bps corridor rate cut will largely be eroded. Accounting for possible higher unemployment and lower disposable income, we believe consumption growth could come in at c1% in 2H19/20e, lower than our c2% estimate previously. Accordingly, we see the possibility of GDP growing 4.7% in FY19/20e, significantly lower than our 5.9% estimate.” As per the report.

Monette Doss carried on: “Inflation could accelerate reaching a peak of 11.45% y-o-y in December while CBE measures could result in stable currency: Prices of food items increased following the announcement of the coronavirus outbreak in Egypt and could possibly remain elevated due to possible supply shortages, which could outweigh the government’s effort to monitor prices of staple goods and provide such products at stable prices. Therefore, inflation could accelerate over the rest of the year increasing monthly by an average of c1%, reaching a peak of 11.5% y-o-y in December; while the Egyptian government estimated inflation to accelerate to 9.8%, if the coronavirus continues until the end of 2020. Applying the higher inflation figure into our real effective exchange rate (REER) model yields, a rate of EGP16.34/USD by December 2020, slightly higher than our earlier estimate of EGP16.26/USD. The CBE’s efforts to discourage dollarization through putting a ceiling on USD deposits at LIBOR+100 bps, down from LIBOR+150 bps previously, putting limits on cash withdrawals and banks, and offering attractive interest rates on local currency deposits, support our view of an expected moderate EGP depreciation. We also expect currency stability as public banks rely on external credit to fill in the gap caused by foreign portfolio outflows from the Egyptian treasuries market.”

Finally, Doss affirmed that: “Higher expenditure and lower than expected economic growth could weigh on the government budget, resulting in a wider deficit and higher debt: Full details of the government’s EGP100bn incentive package have not been revealed yet. The government, however, has announced that it will not be deducted from the state budget but will rather be paid from emergency reserves. We accordingly expect that our government expenditure figures will not change materially. An extended period of slow economic activity and lockdowns over 2H19/20 could however reflect negatively on government revenue, which could come in lower than our initial estimates by EGP116bn at EGP939bn for FY19/20e. We note that this total revenue figure is quite conservative, representing c16% of GDP lower than the c19% witnessed during the financial crisis in FY08/09 and post the 2011 revolution in FY10/11. This would take the FY19/20e budget deficit to EGP481bn representing 8.1% of GDP, wider than our initial estimate 6.7%. Under this scenario, government external debt could come in at 24.3% of GDP in FY19/20e slightly lower than our 24.5% earlier estimate, while domestic debt could increase to 84.0% of GDP higher than the 80.9% estimated previously, as the government relies on domestic sources to fill in its funding gap.”