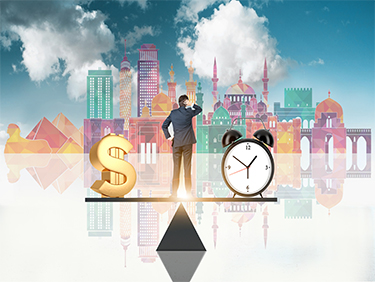 Our 2020e macro assumptions entail inflation moderation, some further 200 bps policy rate cuts, and EGP stability: With fiscal consolidation now behind us after reaching full cost recovery on different types of octane gasoline, and almost reaching it on diesel in July 2019, we expect inflation to moderate to an average 7.7% for 2020e, which we believe will enable the Central Bank of Egypt (CBE) to cut policy rates further by another 200 bps in 2020. Factoring in our inflation assumptions into our real effective exchange rate (REER) model implies an almost stable EGP with a minor devaluation by December 2020. We positively perceive Egypt turning into an oil trade balance surplus in FY18/19, the first time since FY12/13, tourism revenue exceeding pre-2011 revolution levels in FY18/19, worker remittances consistently recovering since FY16/17, Egyptian treasuries attracting some USD24bn in foreign investments by the end of January 2020, as Egypt’s carry trade remains attractive due to decent 12-month positive real interest rate of 3.59%, based on our calculations. All these factors have strengthened Egypt’s external position and supported the EGP. Although foreign direct investments (FDI) are starting to recover, as well as private investment gaining traction, growing by c76% y-o-y in FY18/19, we see room for further improvement, driving future economic growth, along with private consumption. That said, we remain bullish on the Egyptian economy.

Against this macro backdrop, we stick to compelling stories with limited downside risk, leading to 10 high-conviction picks in industrial, consumer, financials, and select real estate names: Given our macro view, we prefer companies benefiting from a stable EGP, private consumption recovery and a pickup in private investment. This leads us to pick stocks in industrial, consumer and financial sectors, in addition to some select over penalized real estate names. We excluded commodity-linked industrial stocks as end-product prices and spread cannot seem to find a bottom yet. With most of our coverage universe currently undervalued, we stick to 10 high-conviction picks that offer compelling stories with limited downside risk, in our view. Our picks are Orascom Construction in the industrial sector, Eastern Company, EIPICO, Juhayna and Obourland in the consumer sector, Commercial International Bank, ADIB Egypt and EFG Hermes Holding in the financial sector, and TMG Holding and SODIC in the real estate sector. 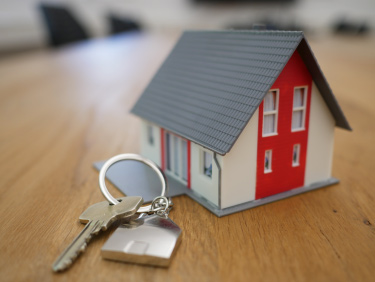 In its latest reports, HC Brokerage sees that Egypt’s worsened real estate sector fundamentals pulled valuations downwards indiscriminately; recovery more likely towards year-end: the report stated that:
“Egyptian real estate developers faced significant challenges over the past couple of years, with 2019 proving to be tougher, in our view. The rising gap, starting in 2016, between cumulative real estate price appreciation and cumulative growth in Egyptians’ disposable income, has significantly weakened affordability and sector demand, making it difficult for most sector players to meet their yearly sales targets in 2019, and saw some developers backlog drop or hardly grow, for the first time in years, despite relaxing their payment terms offering 0%–5% down payments and up to 8–10 year instalments. Also, unit deliveries of our coverage universe dropped c24% y-o-y and c7% y-o-y in 2018 and 9M19, respectively, indicating project cost overrun and cash shortfall for some developers. In light of this, and the sector’s abundant land supply, we continue to favour developers with strong balance sheets, recurring income streams, exposure to the recovered tourism sector, strong cash collections and clear earnings visibility. Accordingly, we prefer developers who have a higher value contribution from discounted cash flows (DCF) rather than from land valuation. Having said that, we believe the negative sentiment on the Egyptian real estate sector has over penalized some strong industry players who meet these criteria, despite benefiting from the consolidation of the client base towards them. Going into 2020, we expect inflation moderation and an economic pickup, helped by a total 450 bps interest rate cuts by the Central Bank of Egypt (CBE) in 2019, and as we expect further 200 bps rate cuts in 1H20, to have a positive impact on real estate affordability, however, the recovery is expected to take time, possibly towards year-end, in order for personal savings to reach a level that can stimulate real and investment demand again.”

“We expect a stronger 2020 for SODIC due to sizable and attractive launches in West Cairo, and estimate future recognition from launched projects of EGP23.0bn over 2020–22e: In March 2019, SODIC secured a 2.1m sqm plot of land in Sheikh Zayed extension through a revenue-sharing agreement with Egypt’s New Urban Communities Authority (NUCA) with expected proceeds of EGP43bn, where NUCA is entitled to a maximum total payment of EGP15.3bn over 11 years, of which EGP8.9bn are fixed payments, in addition to c15% of annual collections and the project is expected to have a development cost of EGP13.3bn, and was launched by the end of December 2019, generating EGP1bn of presales. Also in August 2019, SODIC received NUCA’s approval on the master plan of its West Cairo project The Estates (0.63m sqm) which enabled it to launch it 1 month later, generating EGP1bn of presales, while it expects total proceeds of EGP7.5bn from the project. The 2 projects combined make some 2.73m sqm of land available for development in West Cairo for SODIC, with expected proceeds of EGP50bn over the coming 10 years. Also, SODIC’s undeveloped 6.74m sqm (a proportionate of 4.99m sqm) land bank is now well diversified with c42% of it in West Cairo, c41% in East Cairo, and c16% in the North Coast. We expect 2020 to be a more positive year for SODIC as The Estates and Vye sales gain traction due to attractive product offering, location and pricing, especially in the case of Vye. SODIC East sales are also to gain momentum, especially after the company assigned construction works in the project and launched an apartment buildings phase in 3Q19. As sector demand starts to relatively recover, we believe SODIC is well-positioned to benefit, capitalizing on its strong balance sheet, execution capacity and cash collections. We forecast future revenue recognition of EGP23.0bn over 2020–22e from SODIC’s launched projects and EGP109bn from its un launched projects, as part of our land valuation, totalling EGP132bn with a blended margin of c48%. Our forecasts point to future cash collections of EGP18.0bn over 2020–27e from launched projects, of which EGP10.9bn are related to outstanding receivables”

We resume coverage with a TP of EGP29.6/share and an Overweight rating: We use a DCF methodology to value SODIC’s real estate and lease businesses and value its undeveloped land bank by accounting for the present value of the potential net cash flows of developing this land, net of liabilities. In our receivables collections assumptions for both DCF and land valuations, we have factored in prevalent relaxed payment terms in the market, also adopted by SODIC, entailing a c5% down payment with the rest over 8-year instalments. We incorporated a moving WACC into our model to capture further policy rate cuts in 2020e, which averaged at 18.4%. Around 52% of our value is coming from DCF and c48% from land valuation, which makes us more bullish on SODIC in light of overstated concerns on the Egyptian real estate sector. Launched real estate DCF valuation contributed EGP9.7/share, leasing DCF valuation contributed EGP0.72/share, the company’s net cash position contributed EGP4.86/share, and our land valuation with a DCF approach contributed EGP14.3/share. This sums up to a target price of EGP29.6/share, which offers a potential return of c134% over the 5 February closing price of EGP12.7/share. We, therefore, resume coverage with an Overweight rating. Our TP puts the company on a proportionate 2020e P/NAV of 0.54x, while we estimate it is trading at 0.23x (NAV/share of EGP54.8). In our view, the market is over penalizing SODIC because of the heightened bearish sentiment on the sector and the hurdles it witnessed over the past 2 years, with the stock trading at an implied negative value per sqm versus our land valuation of EGP1,004/sqm, which also implies a c64% discount to land spot prices. Our TP does not take into account the retail portion of Vye until more details on it are disclosed by the company. It is worth highlighting that SODIC is trading at an unjustifiably low 2019e and 2020e PE ratios of 5.3x and 3.3x, respectively.