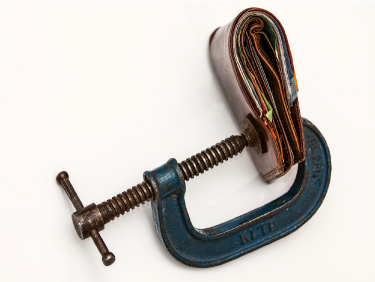 Head of macro and financials at HC, Monette Doss commented: “ The April inflation figure came in higher than our estimate of 12.3% and Reuters’ median consensus estimate of 11.8%, driven by a 48.8% y-o-y increase in fruit and vegetable prices, while bread and grains increased by 28.5% y-o-y, according to CBE and Central Agency for Public Mobilization and Statistics (CAPMAS) data. We believe that several factors triggered food inflation, including seasonal demand during the month of Ramadan, c18% EGP devaluation since 21 March, and increasing global prices following the Russia-Ukraine war. Even though food prices could relatively cool off in the coming month as demand neutralizes after the month of Ramadan, we expect food prices to be the main trigger for an average inflation estimate of 14.0% over the remaining of 2022e due to hampered purchasing power resulting from lower employment levels (as revealed by Egypt’s April PMI at 46.9) and directing most demand to food staples. On a different front, we believe carry trade is essential at this point to support Egypt’s net international reserves (NIR); however, it would be challenging for Egypt to attract it, given the massive sell-offs in emerging markets by foreign investors. We believe that carry trade remains subdued with coverage of government T-bill auctions of only c3%-4% for six and 12 months durations and coverage of c66%-78% for the shorter durations (in auctions held from 19 April until now). We note that yields on the 3M T-bills increased by 170 bps since the March interest rate hike, while 12M T-bills increased by only 49 bps. Given our May-December 2022e inflation estimate of 14.0% and a 15% tax rate on T-bills income for the US and EU investors, we believe that Egyptian 12M T-bills offer a negative real return of 239 bps. In May, the Fed increased its main policy rate by 50 bps taking its 1-year T-bill constant yield to 1.99%, from 1.34% in March. Accordingly, we perceive pressure on 12M T-bills to increase to 16.5%-17.0%, close to their 1H19 average of 17.4% when inflation averaged 12.9% and corresponding to average 1-year US Treasury yields of 2.39%. In 1H19, real yields of 180 bps in Egypt corresponded to a real yield of 58.9 bps in the USA. At 17%, real yields on Egypt’s 12M T-bills will come in at 0.45 bps while 1-year US treasuries offer a year yield of -490 bps (given Bloomberg consensus 2022 inflation estimate of 6.9% for the USA) while Turkey offers a negative real return of -37.69% (given the last 1-year T-bill rate of 22.3% and Bloomberg consensus 2022 inflation estimate of 60%). That said, we expect the MPC to increase rates by 200 bps in its upcoming meeting, bringing back Egypt’s real interest rates to positive territory. On the currency front, we believe that risks are to the downside as we believe that the currency rate is more flow-driven, and as we expect higher outflows from more industrial imports (they are now exempt from the LC requirement) and given our estimated FY21/22e current account deficit of 4.0% of GDP. We note that the net foreign liability position of the Egyptian banking sector (including the CBE) widened to USD12.1bn in March from USD3.39bn in February. Excluding the CBE, the NFL of Egyptian banks narrowed to USD7.04bn in March from 11.8bn in February.”

It is worth mentioning that, in a special meeting on 21 March, the Central Bank of Egypt’s (CBE) Monetary Policy Committee (MPC) decided to increase key policy rates by 100 bps after keeping it unchanged for ten consecutive meetings and following the Federal Reserve Bank (Fed) decision in March to increase the interest rate by 25 bps. Egypt’s annual headline inflation accelerated to13.1% from 10.5% in the previous month, with monthly inflation increasing 3.3% m-o-m, compared to an increase of 2.2% m-o-m in March, according to data published by the Central Agency for Public Mobilization and Statistics (CAPMAS).