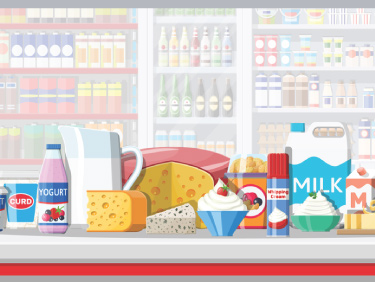 Cairo, Sep 2019: HC Brokerage issued a report stating that its Research Department is more bullish on the consumer space in light of the improvement in the macroeconomic outlook, EGP appreciation, moderating inflation, and resumption of the monetary easing cycle, which should positively impact private consumption.

Head of consumer sector at HC, Noha Baraka expects volumes to pick up during 2H19, followed by a continued wave of stronger volume recovery across HC’s consumer universe, but they also believe the companies will fare differently, mainly on each segment’s penetration rate, per capita consumption, and level of competition, in addition to companies continuing to add or diversify their product portfolios, which should aid with faster demand recovery. On HC’s new estimates, they expect Edita’s volumes to be fully restored to 2016 levels by the end of 2019e, earlier than for Juhyana, which they expect to happen in 2020e, followed by Domty in 2021e (cheese and juice only)”.

Baraka added, We expect Juhayna to deliver the highest earnings growth rates, mainly on a more favorable whole milk powder (WMP) cost outlook, sustained volume growth thanks to low per capita consumption for most of its products, and a strong market position. Edita, comes next, on our numbers, aided by the nature of its higher margin product offering, ongoing portfolio optimization, and new product launches. At this stage, we are wary of any direct price increases implemented by the company, which we believe would interrupt its recovery. As for Domty, we are less bullish given the cheese segment has largely matured and is facing fierce competition. This, coupled with an unfavorable skimmed milk powder (SMP) cost outlook, which would see the company raising prices, in our view, jeopardizes volumes, despite the promising venture into the snack-food market through the launch of its high-margin product, the Domty Sandwich. We expect all 3 companies’ margins to converge to their historical averages, with Juhayna recording margins higher than its 7-year historical average, on our numbers.

“We differentiate between stocks based on their demand recovery, balance sheet position, and the health of their cash flow cycle. For dairy names, we have lowered our valuations on lower-than-expected demand recovery and rising costs with unmatched price increases, despite lower cost of capital taking into account potential interest rate cuts. We cut our 12-month target price for Juhayna c16% to EGP12.6/share and still maintain an Overweight rating given the stock has underperformed the market by c33% since the beginning of the year, not to mention its compelling valuation. For Domty, we cut our 12-month target price c9% to EGP11.5/share and maintain our Overweight rating. As for Edita, we raise our 12-month target price c26% to EGP21.6/share and also maintain our Overweight rating. Edita’s valuation remains compelling, but less so than Juhayna given that it outperformed the market by c6% y-t-d. Historically, Juhayna beats the stock market in times of recovery, given its relatively high beta, while Edita has a more defensive nature, and together with Domty remain less liquid than Juhayna. Given that all companies have strong fundamentals, we favor Juhayna in a recovering stock market” According to Baraka 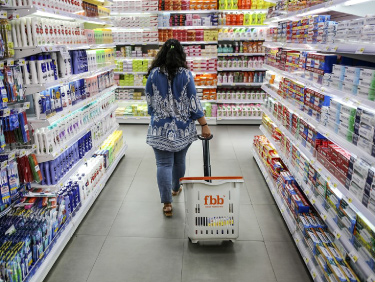 HC Securities & Investment assured that headline inflation continued to decelerate for the third consecutive month from its high level in May at 14.1%, with August monthly inflation coming in lower than our expected 1% m-o-m.

Economist and banking analyst at HC, Monette Doss said: “We see inflationary pressures largely subsiding following the July subsidy cuts. Yearly inflation dropped below 9% y-o-y, well within the CBE target of 9% (± 3%) in 4Q20, providing room for the CBE to proceed with monetary easing to stimulate economic growth and stock market activity. Moreover, in the global context of monetary easing, with the European Central Bank (ECB) cutting its deposit rate by 10bps to -0.5% last week, Egyptian treasuries continue to provide attractive returns and encourage carry trade. That said, we expect the CBE to cut rates by 100 bps in its upcoming meeting.”