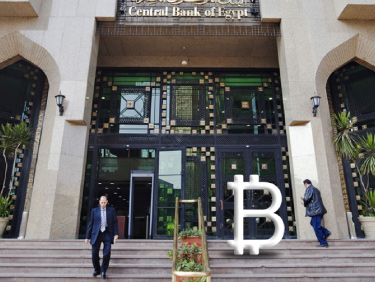 – In its latest report, HC stated that “August monthly inflation came in higher than our expectation of it normalizing to c1%, mainly on higher fruit and vegetable price increases, reflecting the second round effects of the energy price hikes, but they are still within the targeted CBE rate of 13% (+/-3%). We expect the annual inflation rate to average 14.8% over September–December.”

Monette Doss, Equity Analyst|Macro and Banking Sector, expected high interest rates offered by other emerging markets to reflect on higher corridor rates since attracting domestic liquidity is not the main target at the moment. “In this regard, we note that local currency deposits grew 8.8% y-t-d to EGP2.3trn in July despite the maturity of the 18-month 20% certificates of deposit (CDs) that started to take place last May.” added Monette.

“Banque Misr and National Bank of Egypt (NBE) announced in early September that a total of EGP176bn of the 20% CDs have matured since May. However, based on July figures, it seems these deposits have not exited the banking sector, which makes higher rates aiming at attracting domestic liquidity unnecessary for the time being.” as per the report.
Monette concluded, “Contrary to our previous belief that the CBE would resume monetary policy easing in 4Q18, we now expect it to keep rates unchanged this last quarter, mainly due to the global high interest rate environment. That said, we expect the MPC to keep interest rates unchanged at its upcoming meeting.”

It is worth mentioning that, at its last meeting on 16 August 2018, the Central bank of Egypt’s (CBE) Monetary Policy Committee (MPC) kept its policy rates unchanged for the third time after 2 consecutive 100 bps cuts in both February and March, signaling the start of an easing cycle. Egypt’s annual urban consumer inflation accelerated to 14.2% in August from 13.5% in the previous month with monthly urban inflation decelerating to 1.8% from 2.4% in July, according to data published by the Central Agency for Public Mobilization and Statistics (CAPMAS). Egypt’s annual core inflation edged up to 8.83% y-o-y in August from 8.54% in July, with the monthly core CPI remaining the same at 0.58% compared to the previous month, central bank data showed.

– Egypt’s annual urban consumer inflation accelerated to 14.2% in August from 13.5% in the previous month, with monthly prices decelerating to 1.8% from 2.4% in July, according to data published by the Central Agency for Public Mobilization and Statistics (CAPMAS).

Annual core inflation edged up to 8.83% y-o-y in August from 8.54% in July, with the monthly core CPI remaining the same at 0.58% compared to the previous month, central bank data showed. (Reuters, CBE)

Core inflation, which excludes the prices of regulated items as well as fruits and vegetables, remained moderate at 8.83% y-o-y and 0.58% m-o-m. In their opinion, the high price increases of fruits and vegetables combined with moderate core inflation reflect conservative consumer spending that is more inclined toward necessities with relatively lower demand for unnecessary goods. HC expects core inflation to average 9.5% in September and October as the back-to-school season could impose higher demand for other goods and services.

HC expects the government to undertake more energy subsidy cuts in January, which in their opinion will likely renew inflationary pressures. In this regard, they expect inflation to average 18.2%–20.5% over 2H18/19, above the CBE target of 13% (+/-3%).